Solid State Records, already home to many legendary heavy bands, is adding yet another powerhouse to their lineup with The Devil Wears Prada.

In a video post on Monday, Solid State announced that they are welcoming The Devil Wears Prada to the Solid State family.  TDWP is getting set for a busy fall season, with new music approaching and a tour in celebration of the ten year anniversary of With Roots Above And Branches Below, the bands’ third studio album. 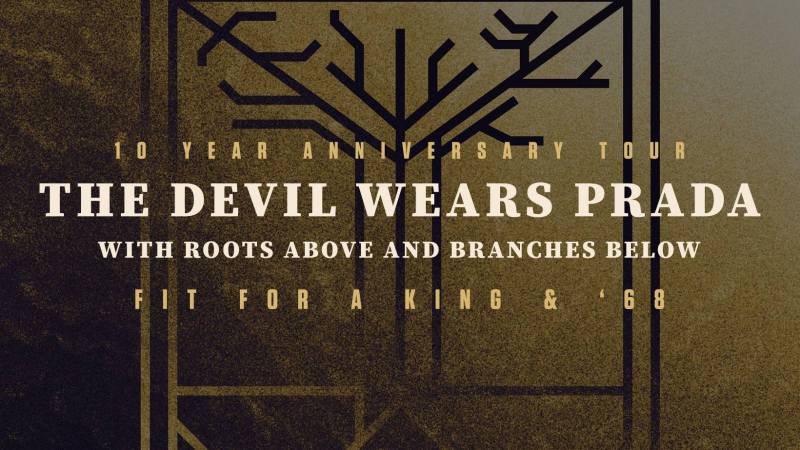 The Roots anniversary tour features special guests Fit For A King– a fellow Solid State band that recently released Dark Skies-– and ’68. The tour kicks off September 27 in Seattle, Washington and will crisscross the United States and Canada while hitting over 30 cities, including Nashville, New York and Dallas.

The Devil Wears Prada is a metalcore band from Dayton, Ohio, originally formed in 2005. Their most recent album, Transit Blues, was released on October 7, 2016 through Rise Records.

A HUGE congratulations to Rock On Purpose's own @mattsassanomusic, who released his debut EP with @rockfestrecords today! 👏 You can find it on the streaming platform of your choice.
We’ve all been there. 😉 This is a glimpse of @disciplerocks at @lifestmusiccity! Have you ever woken up sore after head banging?
We are heartbroken alongside the music community over the passing of Kaleb from War Of Ages. We invite you to share your memories of Kaleb and the band in the comments, and to hold his loved ones in your thoughts and prayers.
"I’ve seen @starsetonline 6 times, and each time they somehow get even better. This crowd was especially enthusiastic and energetic. Every single fist was in the air and the floor shook as everyone jumped up and down. A Starset demonstration is genuinely an exhilarating experience from start to finish."

Donate to Rock On Purpose

This site is 100% fueled by the passion of its readers and contributors. Every gift helps!